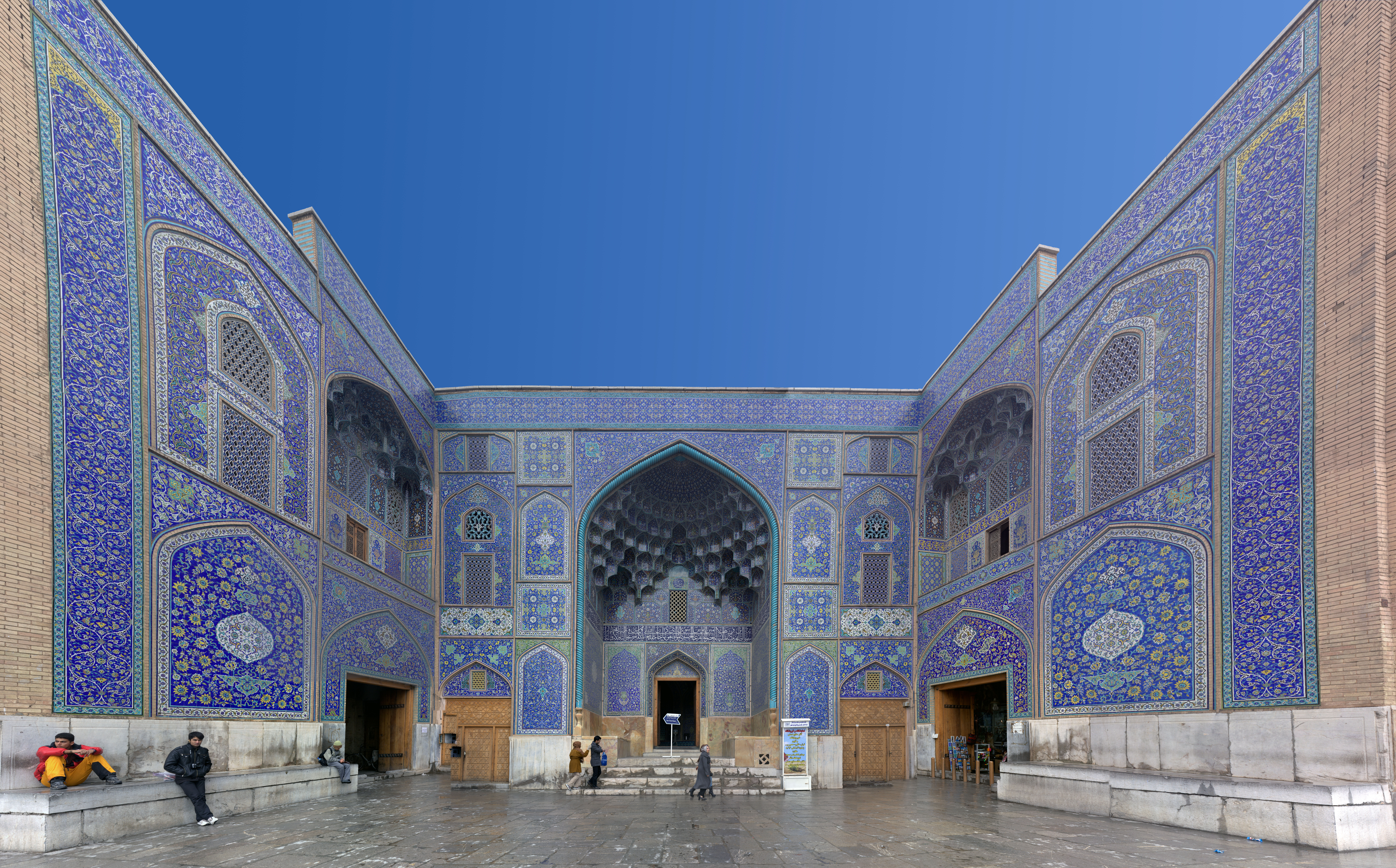 is one of the architectural masterpieces of Iranian architecture that was built during the Safavid Empire, standing on the eastern side of Naghsh-i Jahan Square, Esfahan, Iran. Construction of the mosque started in 1603 and was finished in 1619. It was built by the chief architect Shaykh Bahai, during the reign of Shah Abbas I of Persia. On the advice of Arthur Upham Pope, Reza Shah Pahlavi ordered to rebuild and repair the mosque in 1920s.

Of the four monuments that dominated the perimeter of the Naqsh-e Jahan Square, this one was the first to be built.

The purpose of this mosque was for it to be a private mosque of the royal court, unlike the Shah Mosque, which was meant for the public.[3] For this reason, the mosque does not have any minarets and is of a smaller size. Indeed, few Westerners at the time of the Safavids even paid any attention to this mosque, and they certainly did not have access to it. It wasn't until centuries later, when the doors were opened to the public, that ordinary people could admire the effort that Shah Abbas had put into making this a sacred place for the ladies of his harem, and the exquisite tile- work, which is far superior to those covering the Shah Mosque.

To avoid having to walk across the Square when getting to the mosque, Shah Abbas had the architect build a tunnel spanning across the piazza, from the Ali Qapu Palace, to the mosque. When reaching the entrance of the mosque, one would have to walk through a passage that winds round and round, until one finally reaches the main building. Along this passage there were standing guards, and the obvious purpose of this design was for the women of the harem to be shielded as much as possible from anyone entering the building.[4] At the main entrance of the mosque there were also standing guards, and the doors of the building were kept closed at all times. Today, these doors are open to visitors, and the passage traversing underneath the field is no longer in use.

Throughout history, this mosque has been referred to by different names. For Junabadi it was the mosque with the great dome (Masjed-e qubbat-e ’azim) and the domed mosque(qubbat masjed), while contemporary historian Iskandar Munshi named it the mosque of great purity and beauty.[ On the other hand, European travellers, such as Jean Chardinreferred to the mosque using the current name, and Quranic inscriptions within the mosque, done by Iranian calligrapher Baqir Banai, also include the name of Sheikh Lutfallah. In addition, the reckonings of Muhibb Ali Beg, the imperial treasure holderer, show that the Imam's salary came directly from the imperial household resources. All this suggests that not only was the building indeed named after Sheikh Lutfallah, but also, that this famous imam was among the first prayer leaders for the royal court in this very mosque[Architecture

The entry gateway, like those of the Grand Bazaar and the Masjed-e Shah, was a recessed half-moon. Also, like in the Masjed-e Shah, the lower facade of the mosque and the gateway are constructed of marble, while the haft-rangi tiles (Persian: هفت‌رنگی, lit. "seven-coloured", "polychrome mosaics") decorate the upper parts of the structure.Creation of the calligraphy and tiles, which exceed, in both beauty and quality, anything created beforehand in the Islamic world, was overseen by Master calligrapher Ali Reza Abbasi

The dome is inset with a network of lemon-shaped compartments, which decrease in size as they ascend towards the formalised peacock at the apex... The mihrāb in the west wall is enamelled with tiny flowers on a deep blue meadow. Each part of the design, each plane, each repetition, each separate branch or blossom has its own sombre beauty. But the beauty of the whole comes as you move. Again, the highlights are broken by the play of glazed and unglazed surfaces; so that with every step they rearrange themselves in countless shining patterns... I have never encountered splendour of this kind before.

Isfahan Tourist Hotel is ready to welcome you with a well-trained staff. We hope you enjoy your stay at this hotel.